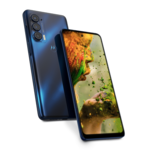 EN→DE
Most of the attention-grabbing smartphones these days are at the extremes. There are ultra-premium devices that are interesting because they have everything but the kitchen sink, and on the flip side, decent budget phones are getting into impulse purchase territory. And then there's the vast, boring gulf between them known as the mid-range. Even when these phones are good, they rarely stand out from the crowd. That's the new Motorola Edge, which retails for $700. However, the Verizon-locked version will only run you $550. Moto might as well have made this phone a Verizon exclusive because there's no reason to buy it unlocked for $150 more. It's not an exciting phone, but it might be a good purchase if you're standing in a Verizon store.
Einzeltest, online verfügbar, Mittel, Datum: 16.11.2021
Bewertung: Gesamt: 75%
80% Moto Edge 2021 Review
Quelle: Ubergizmo English

EN→DE
The moto edge gen2 is a significant improvement over last year’s moto edge gen1. The camera prioritizes the most common use cases while system performance is much better. Motorola has worked on the right things. The design is agreeable, and the large display makes it an excellent entertainment phone that has very decent gaming performance. I like the fast display refresh rate and re-iterate my advice of using the 120Hz in “auto” mode rather than 144Hz. The $699.99 MSRP price makes it significantly more affordable than the Galaxy S21, but there is plenty of potent competition in this price range. However, if you go to Motorola’s site or browse around (or on amazon), you can find it selling for $599.99 (we did at publishing time), making the moto edge much more attractive.
Einzeltest, online verfügbar, Mittel, Datum: 01.11.2021
Bewertung: Gesamt: 80%
60% Motorola Moto Edge (2021)
Quelle: PC Mag

EN→DE
When Motorola released the original Edge in 2020, it didn’t have a lot of competition, especially if you wanted a phone with 5G connectivity for less than $1,000. In 2021, plenty of alternatives exist, many of which are simply better choices. The iPhone 13 (an Editors' Choice award winner) and the Samsung Galaxy S21 are our recommendations in this price range, with better cameras, sharper displays, faster performance, and superior software upgrade policies. If you're looking to spend less, meanwhile, the Pixel 5a has better cameras and software for just $449. The 2021 Moto Edge is a fine phone, it just no longer stands out.
Einzeltest, online verfügbar, Mittel, Datum: 16.10.2021
Bewertung: Gesamt: 60%
70% Motorola Edge (2021) review: A tale of two models
Quelle: Android Authority

EN→DE
The Motorola Edge (2021) is a puzzling device. It’s clearly a step up from Motorola’s low-to-mid-tier G series devices and yet it fails to advance the flagship Edge nameplate in a meaningful way. Perhaps the most glaring omissions as far as features are concerned would be wireless charging and a higher level IP rating. The competition often also offers higher quality metal components, stereo speakers, and better cameras. Likewise, while the design is standard fare for the price point, I think Motorola made an error by dropping the metal framing for plastic. The experience of holding and using the phone simply can’t match metal-clad handsets. Motorola’s phone does have a few things going for it. First there’s the generous and sharp screen, the killer battery life, and leading connectivity suite (as long as you’re on Verizon or T-Mobile for 5G). The software story is good enough for the price tag and Motorola’s My UX additions are tasteful and genuinely helpful. The best value here is likely for Verizon customers.
Vergleich, online verfügbar, Sehr Lang, Datum: 12.10.2021
Bewertung: Gesamt: 70% Preis: 70% Leistung: 70% Bildschirm: 80% Mobilität: 80% Gehäuse: 60%
75% Motorola Edge (2021) review: Frankly forgettable
Quelle: Android Police

EN→DE
That lower Verizon price isn't enough to best the Pixel 5a, which is $100 less. Even if the phones were priced the same, I'd still suggest the Pixel over the Edge, but the Pixel isn't being sold by Verizon. So maybe if you feel strongly about going through the carrier, the Motorola Edge could be a good deal. There are certainly things to like about this phone including the stellar battery life and smooth 144Hz refresh rate, but it's behind on a lot of other features like camera performance and update support. Motorola's launch sale for $500 was a better deal, but that's conspicuously gone now that the carrier variant is available. Motorola's 2021 Edge is not a flagship phone, and buyers will be content with it if they don't go in expecting a flagship. It's a big screen with a lightweight plastic body wrapped around a sizeable battery. No more, no less. It carves out a very small niche for itself, but spend a little more or a little less, and I think you'll get more for your money.
Einzeltest, online verfügbar, Mittel, Datum: 12.10.2021
Bewertung: Gesamt: 75%
70% Motorola edge (2021) review: The (promo) price is right
Quelle: Android Central

EN→DE
This year's Motorola edge is a mixed bag of improvements and let-downs. On one hand, the new 144Hz display feels even smoother than last year's 90Hz panel, but because it's an LCD panel, it just doesn't look as good as last year's OLED one. Likewise, the cameras have seen a substantial hardware upgrade, and even the software feels a bit more intelligent, but the results don't match what's on paper. At $500, the Motorola edge is a fine purchase for someone who wants a phone that'll last two days on a single charge and still perform as well as they'd expect from a modern smartphone. Motorola's software experience is as clean and useful as ever, with plenty of notable features that make everyday use more convenient. If anything, Motorola's problem is that the competition is so fierce these days — especially in this price range — and that's what makes it harder to recommend Motorola this year.
Einzeltest, online verfügbar, Lang, Datum: 12.10.2021
Bewertung: Gesamt: 70%
82% Motorola Edge (2021) review: Improvements where they matter most
Quelle: Engadget

EN→DE
A Motorola spokesperson told Engadget the company plans to support the 2021 Edge with two OS upgrades and two years of security updates. That’s a significant change from its predecessor, which only got one Android update. When you add that to all the hardware updates the 2021 Edge features, it’s a far more compelling phone than its predecessor and an easier recommendation. For the time being, you can get the unlocked 256GB model for $600. It will eventually cost $700. On October 14th, Verizon will also start selling a 5G UW variant that will go for $550. At $600, the Moto Edge is a good option if you don’t mind sacrificing on camera quality and can live without wireless charging. It’s $150 more than a device like the Pixel 5a, but you’re getting a phone with a better display, faster processor and bigger battery. Even at $700, it still represents good value with specs comparable to devices like the OnePlus 9. It’s not without its flaws, but it’s still one of the best mid-range phones on the market.
Einzeltest, online verfügbar, Mittel, Datum: 12.10.2021
Bewertung: Gesamt: 82%
Motorola Edge (2021) Review, Pros and Cons
Quelle: OI Spice Tech News

EN→DE
The is Motorola Edge (2021) smartphone is offering a unique design, better camera, modern processor, and huge battery at a high budget price. Most features are updated compared to the original Edge series. You won’t see a boring and bland design with this phone. As it’s coming at such a high price point, there should be wireless charging, a reverse charging feature that the device doesn’t offer. But the latest release is definitely a good successor as it could challenge some of the big names in the industry. This Motorola Edge (2021) 5G phone is only available in a certain region, smartphone lovers around the world may miss an attractive smartphone launched by Motorola. Whether you’re thinking of alternatives or big competitors, we always have recommendations. At the same price, we think the Xiaomi Poco F3 GT 5G could be a strong competitor or you can go for the Moto Edge 20 Fusion.
Einzeltest, online verfügbar, Mittel, Datum: 21.09.2021

EN→DE
After a few years of sticking to the mid-range, Motorola reentered the flagship space last year with its Edge series of smartphones. This year, the Lenovo-owned company is refreshing the Motorola Edge (a new Edge+ could come later), and the new phone is certainly an interesting device. The Motorola Edge (2021) packs a 144Hz display, a 108MP camera, and Qualcomm’s Snapdragon 778G processor. The launch event for the phone was held at Yankee Stadium, and after the event, there were demoes featuring five-time All Star Bernie Williams and first-ballot Hall of Famer Mariano Rivera. Journalists were invited to stay for the game after, but we weren’t given review units, so there won’t be camera samples from the game (I used the Pixel 5a for that). Oddly, we also weren’t allowed to have laptops in the stadium.
Einzeltest, online verfügbar, Mittel, Datum: 20.08.2021

EN→DE
Motorola today announced the Motorola Edge, a follow-up flagship to the 2020 device of the same name and a companion to the recently revealed Moto Edge 20 family. Where the Edge 20 series is meant for markets abroad, the new Moto Edge is targeting North America specifically. We got our hands on the phone for a short time following the launch. Read on for our initial hands-on impressions.
Hands-On, online verfügbar, Kurz, Datum: 19.08.2021